Stories to Caution the World Synopsis 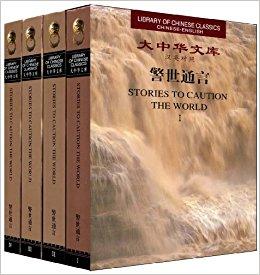 Feng Menglong is the best-known compiler of anthologies of popular literature in the Ming dynasty, including other books such as Stories Old and New. This collection of stories was pivotal in the development of Chinese vernacular fiction. These tales in Stories to Caution the World have been compared to the stories of A Thousand and One Nights. Peopled with scholars, emperors, ministers, generals, and a gallery of ordinary men and women in their everyday surroundings – merchants and artisans,prostitutes and courtesans, matchmakers and fortune-tellers, monks and nuns, servants and maids, thieves and imposters – the stories in this collection provide a vivid panorama of the bustling world of imperial China before the end of the Ming dynasty.